Note to readers: I was hosted by Disney Studios to help review and promote the re-release of this movie. I was not otherwise compensated and my opinions remain my own.
What little girl hasn’t dreamed of being a mermaid at some point in her life?  Well, it’s a lot easier to embrace your inner mermaid with the new Disney Merchandise being released in conjunction with the re-release of The Little Mermaid on Blu-ray DVD this October.
Little Ariel was introduced to the world by Disney back in 1989, a whopping 24 years ago.  Now, she’ll be in the spotlight again, in brighter color and with additional scenes!
Disney has all kinds of fun, spunky products to promote our favorite mermaid.  From dolls and toys to apparel and accessories, these are going to be hot on holiday lists, no doubt.  Sephora even has a new cosmetic line in honor of Ariel.
The following photos highlight some of my favorite, shared during a special dinner with the Disney Consumer Products PR folks.   There’s something for fans who were around for the movie’s first release, along with items for younger fans. Take a look and let me know what you like best!

Desiree Miller is a mother to children ranging in age from 19 to 8 and an award-winning veteran journalist with a background in television news who now also enjoys writing and vlogging at Stress Free, Baby, a site she created that provides a daily dose of humor, hope and inspiration. She loves travel and shares stories on Traveling Mom and the upcoming 60 Second Escapes. Awarded ‘Atlanta's Top Mom Blogger' by WXIA, Desiree enjoys a focus on Atlanta, as well, and hosts the Atlanta Baby & Child Expo each year for expectant and new parents. 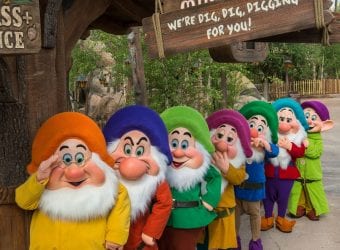 With the formal opening of the Disney Seven Dwarfs Mine Train Ride on May 28, 2014, at the Magic Kingdom in Orlando, Florida, the Fantasy Land renovation is officially complete. The Seven Dwarfs...

END_OF_DOCUMENT_TOKEN_TO_BE_REPLACED

This summer when it’s too hot to hit the park, grab your family and a cold soda to see the newest heart-warming adventure that is sure to have everyone talking. Disney•Pixar’s Brave (opened in...

END_OF_DOCUMENT_TOKEN_TO_BE_REPLACED 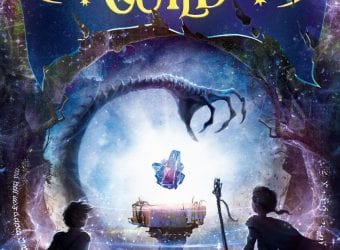