Ten Symbolic Anniversary Gifts For Her Presents for Her

Ten Symbolic Anniversary Gifts For Her 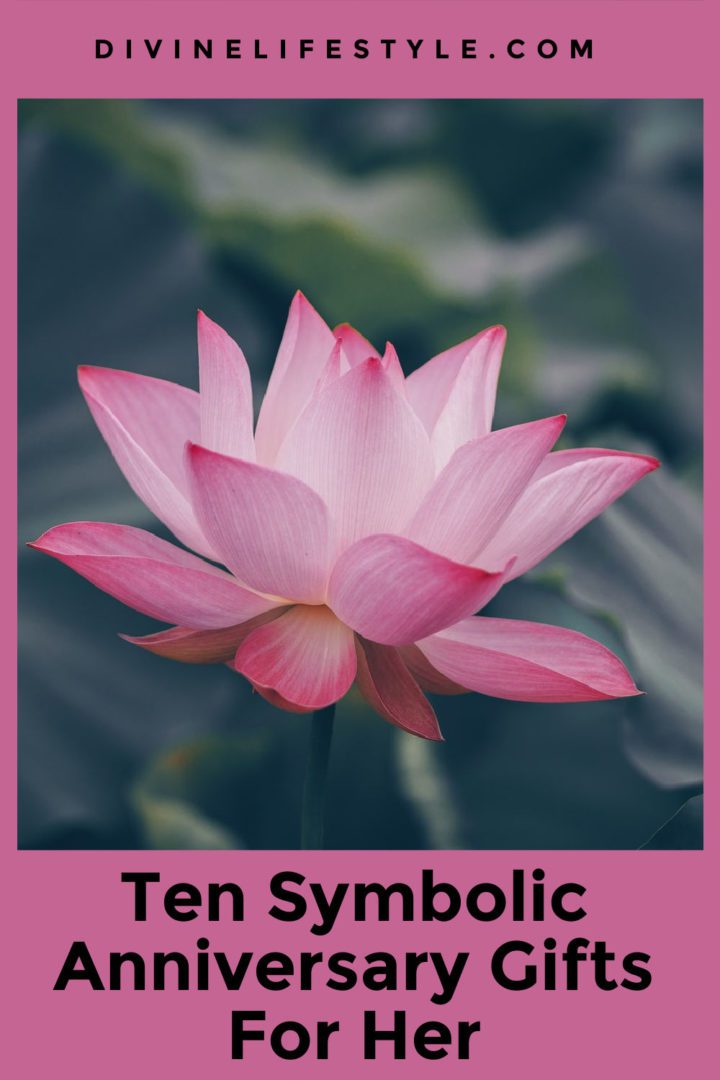 Ten Symbolic Anniversary Gifts For Her

However long you may have been married, your anniversary is always an extraordinarily special day. Making sure to get a truly memorable gift for your wife can keep your relationship growing stronger. Looking for any symbolic gift that has a deep meaning to it can be tricky. However, you can consider your spouse's lineage with Irish gifts for women, or even modern symbolic gifts can hold immeasurable meaning as symbolic gifts convey special meaning. These ten symbolic gifts are great ideas for your upcoming anniversary.

The lotus flower represents fertility and rebirth, and it comes from ancient Egyptian, Buddhist and Hindu cultures. In the form of a gift, this could be printed on a teacup set with a logo on it, or you could get an elegant bracelet with the lotus symbol on it. And suppose you're celebrating your first anniversary, you could opt for an art piece with a lotus painted or printed on a canvas in a frame to represent your new relationship.

The greek goddess Gaia is the mother of all life on earth in Greek mythology, her name translated from greek to English is Earth. Suppose your wife is pregnant during your anniversary, or you are trying to conceive, this could be an incredible idea for a gift as Gaia is made in a statute form of a pregnant lady; perhaps if you are celebrating your cotton anniversary, you could get a printed Gaia symbol which is the earth and fruit symbol printed on a cotton blanket.

The Viking Symbol Inguz For Fertility And New Life

This is a straightforward design and has a massive role in Viking culture, and this is also the symbol for birth. The signs have been found on Viking weapons, so you could opt for an engraved mini feminine axe that can be kept on a bookshelf or even in a picture frame. If you are celebrating your third anniversary, leather is a great symbolic fabric choice, and you could get a leather cover for the feminine axe.

This is a fascinating symbol with an incredible amount of meaning for the native Indians; it's a picture of a hunched-back individual playing the flute. You could gift your wife this meaningful symbol on an engraved silver pendant. If you are celebrating your 4th anniversary, which is symbolic of fruits and flowers, you could buy a wooden fruit bowl with the symbols of the Kokopelli or get a metal vase with this symbol engraved on it.

The triskelion is a very intriguing symbol with three spirals representing the mother, the maiden, and the crone, each phase of the feminine life cycle. As the ancient Celtic people painted signs on their bodies, you could opt for a permanent tattoo as a gift for your wife. Alternatively, you can get a pendant of this symbol which is a trendy gift. If you have been married for five years, which is symbolic of wood, you could get a wooden plaque with this symbol engraved on it.

In Celtic tradition, two people in love would dye a rope and tie it together to symbolize their eternal love. That's where ‘tying the knot' came from. You could make a gift of this idea by planning a special day where you tie your knot together and dye the ropes yourselves. Alternatively, you could get a ring tied to a necklace with this symbol. If this is your tenth-anniversary gift which is symbolic for tin or aluminum, perhaps get a larger aluminum or tin knot that can be displayed.

The Most Traditional Love Symbol, The Red Rose

According to mythology, the tears of Aphrodite and the blood of her lover fell onto the ground and grew into red roses. Although roses are always a typical anniversary gift, you can do one step better and get a crystal red rose, which can last forever. This gift idea will be perfect for your 15th wedding anniversary, which is represented by crystal.

This is the Chinese and Japanese symbol for love, and it symbolizes the sweetness that love gives; you could get a dwarf red maple tree which will need some maintenance and TLC, but it is something that you could maintain with your wife. Watching the dwarf maple tree grow and flourish as you care for it together will prove to an immeasurable gift for any anniversary. Although, be sure to consider the are instructions when purchasing the special plant.

The swan symbolizes love, and a pair of swans is the symbol for lifelong soulmates. You can gift a couple of small or large lawn statues, or you could, if you are celebrating your 25th wedding anniversary, could get a small silver statue of two swans.

Ancient Egyptians have used rose quartz as the love stone. These can be shaped into a rose or a heart symbol for your anniversary gift, or you can get it uncut and keep it in its natural form to symbolize that you love your partner exactly as she is. Celebrating any year of your anniversary, this is a rock that is hard to break and can be kept as a beautiful home decor piece. You can even add to your wife's crystal collection with each anniversary that follows to keep building on the initial symbolic gift. 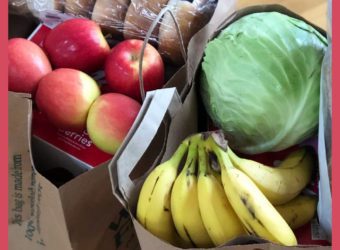 Subscriptions that Make Sense Masks are coming off! Vaccinations are going up! Life is really, really starting to look normal again. Along with these somewhat sudden transition announcements comes a ton of newfound freedom...

END_OF_DOCUMENT_TOKEN_TO_BE_REPLACED

Best Gifts for High Schoolers Microsoft has gifts that make everyone happy and the Microsoft store can help you get all of the perfect gifts into the hands of your family members this holiday...

END_OF_DOCUMENT_TOKEN_TO_BE_REPLACED Enter to Win in the Savings.com 12 Days of Giveaways

This post is sponsored by Sivan Social. All comments and opinions are my own. Enter to Win in the Savings.com 12 Days of Giveaways #SDCHolidayGiveaways Shopping is one of my most favorite things to...

END_OF_DOCUMENT_TOKEN_TO_BE_REPLACED 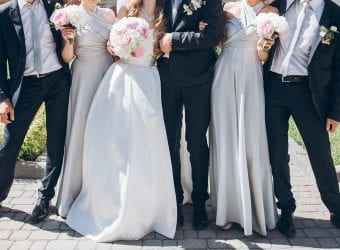 Great Gift Ideas For The Bridesmaids and Groomsmen

Great Gift Ideas For The Bridesmaids and Groomsmen If you've been issued the task of choosing the gifts for the bridesmaids and groomsmen, you may be feeling stressed and overwhelmed. With so many different...