Sometimes It's Hard To Be a Mommy - by Therese Walsh, Author of The Last Will of Moira Leahy - Divine Lifestyle

Sometimes It’s Hard To Be a Mommy – by Therese Walsh, Author of The Last Will of Moira Leahy

Sometimes it’s hard to be a mommy. Oh, who am I kidding? It’s the toughest job in the world. I’m in awe of all that Stacie has gone through with her daughter, Laurel—including the guilt she pushed back and the long journey to recovery she made beside her daughter following heart surgery.

We do what we have to do.

Before I had kids, I had a vision of how life would be. I would have a fabulous job. I would have a child. I would take a year off work to be with that child, and then I would go back to work. That’s how it would be.

Then I had kids.

Everyone is different. For me, I couldn’t imagine going back to work after my daughter was born. Well, okay, I could imagine it, and I didn’t like the thought. When she was born, I stretched my maternity leave as long as I could, and then—knowing I couldn’t live with another outcome—resigned shortly thereafter. Luckily, my husband landed a better-paying job so that we could afford for me to stay at home with our daughter.

But even though I loved my time at home and was so grateful for the opportunity to be with my child 24/7, I began to feel unsatisfied. And even though I was busier—busier than I’d ever been—and sleep deprived and constantly challenged by my new role as a parent, I began to feel like I’d lost something important.

I contacted my old employer, and began to work as a freelance health researcher and writer from home. It was crazy at times. I remember being on a conference call with heads of The American Academy of Pediatrics and Prevention Magazine as my daughter flipped over for the first time, back to belly. I grinned at her with proud enthusiasm and clapped silently, as I carried on my meeting.

In time, my professional and personal aspirations found common ground: My son was born, and I began to write children’s book manuscripts. My children enjoyed them, sans pictures, and I began marketing them. Though I never sold any of those stories, they became for me like those red, blue, yellow and green blocks my children loved so well; they taught me about structure, and they provided the foundation for my future.

Finally, I decided to try my hand at adult fiction. My children were older, in school now. I still worked as a freelance writer, but I wanted still more. And, I realized, even though I might get a job in my community at that point, I felt I could make a life for myself where those foundation blocks had been placed—at home. Years later, I finished a work of adult fiction, found an agent, and sold the book in a two-book deal to Random House.

The Last Will of Moira Leahy was published just this month.

It’s been a long road, but I’m happy for the path I’ve chosen and believe this unquestionably: It’s important that we, as mothers, listen to our guts and try to find balance between the lives we must lead and the lives we want for ourselves.

Have you ever felt challenged by the act of balancing your personal needs—professional or otherwise—with your role as a mother? What steps did you take to be true to yourself? What was the outcome?

Therese Walsh is a cofounder of the blog WriterUnboxed.com. She lives in upstate New York, with her husband, two children, a cat, and a bouncy Jack Russell named Kismet. The Last Will of Moira Leahy is her first novel. 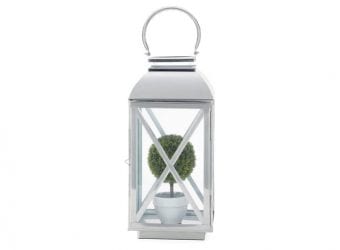 Front-Door Refresh from One Kings Lane

Front-Door Refresh Rope Outdoor Mat – Brown Handmade in India, this welcome mat is a stylish and practical way to greet your guests. Imperial Door Knocker – Oiled Bronze Artisan-crafted of brass with an...

END_OF_DOCUMENT_TOKEN_TO_BE_REPLACED

It has been a hot summer here in Atlanta and I do mean hot. We have seen many days in the high 90’s and I believe we even passed 100 degrees a time or...

END_OF_DOCUMENT_TOKEN_TO_BE_REPLACED 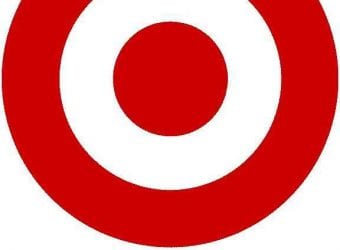 Ready to shop this Black Friday? Target stores open at 6PM on Thursday, November 26th. Target Black Friday Ad —> https://blackfriday.com/stores/target/ads/black-friday An item with an asterisk (*) indicates a Door Buster Item which the ad...

END_OF_DOCUMENT_TOKEN_TO_BE_REPLACED

Who doesn't have a bunch of old cell phones laying around the house? We usually give ours to our children and let them play with it.I can see two cell phones in my daughter's...