Postoperative Pain Relief: How Effective is CBD for it? - Divine Lifestyle Often regarded as CBD, cannabidiol is a chemical that is often found in marijuana. However, it does not contain tetrahydrocannabinol, the psychoactive component of marijuana. This implies that it is possible to enjoy the benefits of CBD without the high. Then, it comes as no surprise that the products have gained global appeal, especially for those that are suffering from serious pain.

According to a Gallup poll, it was reported that more than 64% of adults in the United States are familiar with CBD and its products. Even though CBD does not produce the high found in marijuana, its use remains a topic of hot discussion. To prove that CBD can be used to treat chronic pains without necessarily feeling high, its use has been studied in recent times.

A major reason behind the popularity of CBD has been that many people view the products as alternatives to costly medicines and traditional pain relief prescriptions. While some people resort to gelato weed and other evenly-balanced hybrid marijuana for pain relief, CBDs are considered by many as a traditional solution to chronic pains with few side effects.

To explain more, this guide will look into the benefit of CBD as a relief for pain after surgery. Let's discuss!

Postoperative pain can be unbearable

Certain surgeries are often followed by chronic pains that might become too unbearable sometimes. As a result, managing postoperative pain control can be essential for you and your doctor. Controlling post-surgical pain will not just hasten your recovery but also minimize the chances of suffering certain complications, including blood clots and pneumonia.

It is not uncommon for many surgical procedures to cause pain. No one deserves to suffer these pains and complications. Besides this, pain can also be a result of the breathing tube that is used during the surgery. Some pains – regarded as nociceptive pains – can also be caused due to tissue damage. It should be stressed that pain must be managed carefully and the right plans must be achieved.

Post-surgical pain control helps speed your recovery and reduces the chances of complications, such as pneumonia and blood clots. Pain needs to be managed carefully, with you and your healthcare provider working together to come up with the right plan. However, it is important to properly explain what postoperative pain is.

Postoperative pain refers to a condition that involves tissue damage, as well as muscle spasm, which is often suffered after surgery. This pain is temporary and with the right pain control treatment plan, you can tackle it effectively. While you should expect to suffer pain after surgery, it behooves your doctor to help you alleviate it safely. Once you get your pain under proper control, you can safely complete essential activities and tasks, including deep breathing exercises and walking.

The effectiveness of CBD as a pain relief for postoperative pain.

According to a new study, it has been proven that CBD can effectively serve as pain relief for postoperative pain from rotator cuff surgery. The research presentation was done at the American Orthopedic Society of Sports Medicine annual meeting.

There was a trial that involved 80 subjects, with their ages lying between 18 to 75 years. They were split into two groups. While one group received CBD, the other received a placebo for two weeks. The dosage for those in the CBD group was either 25mg or 50mg, based on their weight.

The pain level of each subject was recorded on days one, two, seven, and fourteen. On the seventh and fourteenth days, the functions of the liver were assessed to monitor nausea and safety. The results showed that there was a significant difference in the VAS pain score between the two groups, with the group that received CBD having a lower score.

In addition, the group that received 50mg of CBD had a lower VAS pain score on the first day. However, on the final day, there was no significant difference in the VAS pain score between the two groups.

No one deserves to be in pain, especially after having a surgical procedure. But people do in reality. With so many pain relief medications out there, most of which are associated with side effects, the use of CBD as a postoperative pain relief has been proven to be effective, regardless of how lasting the effect can be.

« Previous PostWhat to Look For in an Engagement Ring 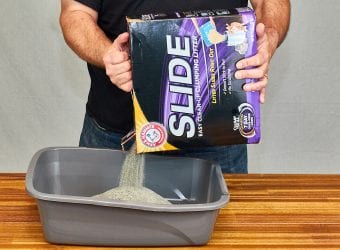 END_OF_DOCUMENT_TOKEN_TO_BE_REPLACED

Mamapedia: The Wisdom of Moms Answering Your Everyday Questions

END_OF_DOCUMENT_TOKEN_TO_BE_REPLACED 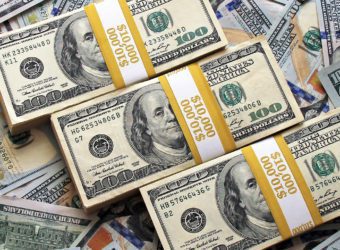 How Can I Seem More Affluent? When you look around, you may notice that some people do not have as much as you. However, interestingly it may be those that have more than you,...

END_OF_DOCUMENT_TOKEN_TO_BE_REPLACED

I often find myself arguing with my husband. It is not a serious fight or anything rather he simply seems to take a position that is the opposite of mine. “In “Curb Your Enthusiasm,”...