A few years ago, I had the opportunity to work closely with Nokia and the Windows phone that they were introducing, the Lumia 900. I developed a series of posts about Social Media on the Go, Cooking with Technology, Me Time: Escape to the Park and Family Fun: Chronicling Our Lives. I really got to work closely with the Windows Phone team to develop an intimate understanding of the phone and it fit perfectly in my life. In fact, I also filmed an entire series of webisodes around the phone.

Alas when my time was over, I didn't end up keeping the phone because my entire family is on the Sprint network and there is not a Windows phone on Sprint that can compare to the quality of the Nokia Lumia phone. I ended up with an iPhone.

Fast forward a few years and at least a thousand hours of frustration (with the iPhone) later, I got the opportunity to work with Nokia again. This time it was on a cruise to Alaska and unlimited time to play with the Nokia Lumia 1020.

The less than six ounce phone utilizes Qualcomm's Snapdragon S4 Dual-core 1.5 Ghz Processor to run its Windows Phone 8 OS.Finnish telecom Nokia rolled the phone out to the market in mid 2013, and it received a firmware update in 2014 with tweaks and added features. Voice and data services are able to utilize most available networks.

The phone is outfitted with 2 MB ram and 32 MB mass memory; purchasers receive 7 GM of free cloud storage via Microsoft's OneDrive. A port for micro SIM card is included.

Gear included in the box with the phone includes an AC Charger, data cable, wrist strap and SIM door key.

Apps include virtually every conceivable process or usage thought of to date, from productivity and entertainment software, to GPS and Here Drive+, City Maps, Lens, and Transit. Sharing apps make posting to social media a one click process.

Accessories available for the Nokia 1020 include a variety of compatible wireless headphones and speakers, as well as exclusive Nokia Treasure Tags that allow you to track and locate up to four personal possessions with the included app.

A smartphone with all of the latest apps, that can be your communication, personal entertainment, superb photo and video recording device, the Nokia 1020 has very few negatives. Users that have been carrying a phone and digital camera along with them will love combining the two into one unit. The phone is available out of the box in three different colors, but a host of shells and cases enable users to truly personalize the unit.

THE PROS AND THE CONS

Several reviews have mentioned how large the camera is. I actually didn't find it that obtrusive at all. In fact, after the first day I forgot about it. The phone is so visually appealing and incredibly easy to use. Several reviews mentioned the learning curve when coming from other operating systems but I didn't experience that at all. Perhaps that is because I used one years ago but I actually find this interface to be among the easiest to use out there.

My mother picked it right up and was able to do pretty much everything on it. And if she can do it, I am pretty certain that most people can.

The only con I can find is that it is not on the Sprint network.

WORD ON THE STREET

Engadget says: “the Lumia 1020 is the best Windows Phone device to date. If you're a WP8 user who enjoys crafting the best possible photographs, you need to make the jump, even if you are paying a premium for the camera.”

Tech Radar said: “the apps and tiles have cool animations, too, when you're opening or closing them or watching your notifications.”

CHECK OUT THE ACTUAL PICTURES

I took all of these pictures with the Lumia 1020.

A Lumia 1020 was provided for review and my family was hosted on a cruise to Alaska. 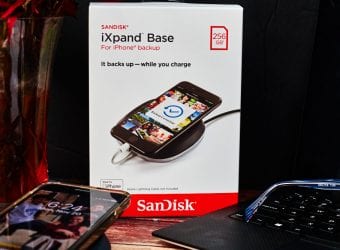 END_OF_DOCUMENT_TOKEN_TO_BE_REPLACED

Sony TDG-BR250/B Rechargeable 3D Adult Glasses are black with a comfortable design. The glasses, for use on 2010 Sony 3D Bravia ready flat panel TV’s, have great color accuracy and a high contrast clear...

END_OF_DOCUMENT_TOKEN_TO_BE_REPLACED 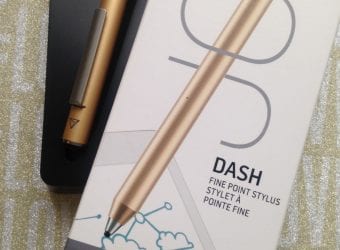 Is seems as though rose gold is all of the rage these days. With rose gold cell phone cases, smart phones, and of course accessories, it is no surprise that Adonit is now featuring...

END_OF_DOCUMENT_TOKEN_TO_BE_REPLACED 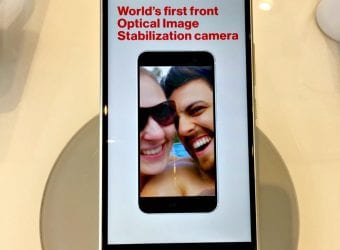 Verizon Wireless asked me to share with you about the HTC 10. This phone would make a great Mother's Day gift. Get the HTC 10 exclusively at Verizon for Mother's Day I am a...