I was recently invited to the T. Marzetti campaign to try out the Marzetti Otria Greek Yogurt Veggie Dip with Clever Girls.

I love dips and so does everyone in my family. In fact, we love to try new dips almost as much as we love to add ingredients to dips that we have loved for years. I have many family recipes that various people in my immediate and extended family have been making for year.

Several people in my family love cooking and love creating new recipes so I love when they share.

A recent concern of mine has been finding dips that are lower in fat and yet still taste good. I also have been incorporating more and more dips into everyday recipes.

HAVE YOU HEARD OF MARZETTI OTRIA GREEK YOGURT VEGGIE DIP?

Here are a few places where we incorporated Marzetti Otria Greek Yogurt Veggie Dip into a recipe that my family eats fairly often.

I love my husband’s chicken salad. He has been making it for years and while the recipe has never really changed, we might occasionally add an ingredient or two just to switch things up.

Instead of the regular mayonnaise that we use to hold the chicken salad together, this time we used Otria® Garden Herb Ranch Greek Yogurt Veggie Dip in its place.

We also tried the Fish Tacos which is one of the recipes that we got from the site:

“Fresh fish, spicy-sweet salsa, crisp cabbage and creamy Marzetti® Otria® Salsa Cilantro Greek Yogurt Veggie Dip come together in a flour tortilla for an entrée that provides a taste of summer any time of year.”

I made the tacos like I usually do but I made the cabbage topping for the tacos with Otria® Salsa Cilantro Greek Yogurt Veggie Dip and also spread a tablespoon of the Otria® Salsa Cilantro Greek Yogurt Veggie Dip on the tortilla before adding the fish and other ingredients. These were hands down, the best fish tacos that I have EVER made. Everyone loved them.

They even offer some great recipes on their website to make with several of the Marzetti Otria Greek Yogurt Veggie Dip flavors including:

I would highly recommend trying any one of these recipes or coming up with your own. You cannot go wrong with any flavor of Marzetti Otria Greek Yogurt Veggie Dips.

I was one of the bloggers selected by T. Marzetti Company and Clever Girls Collective to host a Marzetti Otria Greek Yogurt Veggie Dip review. They provided me with product to test and compensation for my time. However, my opinions are entirely my own.

Last year was my first Blogher conference. I had been blogging for about six months at that point and I honestly had no idea what to expect. I read a few posts but nothing...

END_OF_DOCUMENT_TOKEN_TO_BE_REPLACED

We are a deli meat kind of family. We have often purchased meat at the counter and the kids have eaten the entire package before we even get the register. I feel weird handing...

END_OF_DOCUMENT_TOKEN_TO_BE_REPLACED 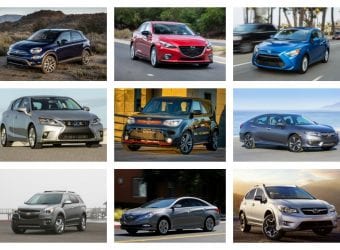 Great Cars for Grads from Autotrader

As a mother, I feel that one of my major jobs is to prepare my kids to live out in the world without me (sniff, sniff). I want them to be responsible, confident adults...

END_OF_DOCUMENT_TOKEN_TO_BE_REPLACED

This is a sponsored campaign on behalf of Teleflora and Millennial Blogs. I absolutely love getting fresh flowers. A few years ago, my husband sent me flowers every single week for the entire year...