With its announcement of DISNEY INFINITY, the Disney corporation is making full use of its veritable mountains of characters, worlds and franchises. In its new game, it brings them all together.

DISNEY INFINITY allows players to step into the shoes and the worlds of some of Disney's most iconic characters. As stated on the game's webpage, it all begins with the starter pack. The pack contains three Disney character figures, their associated worlds, some power-up tokens to be used with the characters and a web code that allows users to download more Disney Infinity content. Included in the starter pack are Captain Jack Sparrow of Pirates of the Caribbean fame, Sully from Monster University and Mr. Incredible from The Incredibles.

By placing one or more of the character figures onto the platform, users unlock the character for play in the game. Worlds can be unlocked in the same way, by placing the world figure in the corresponding position on the platform. Up to two characters can be placed on the platform and given power-ups, allowing for local co-op play. Players wishing for more can venture online and engage in cooperative or competitive games with players from all over the world.

The starter pack comes with three characters. Other characters, worlds and power-ups are sold separately. For example: Sully is included in the starter pack, but Mike must be bought separately. The same is true for Mr. Incredible's family and for other cast members from Pirates of the Caribbean.

Players can opt for one of two types of play: world play or toy box play. In world play, players take on the roles of characters they have unlocked and participate in new stories in the worlds of those characters. In toy box play, players use the worlds and the characters they have unlocked to create their own environments, again according to the game's site, limited only by the imagination. Up to 100 toy box worlds can be saved locally, and worlds may also be uploaded to the cloud. In-progress worlds can be uploaded from a tablet and later downloaded onto a console to be finished or played.

For the most part, worlds can be uploaded and downloaded to and from any device capable of playing the DISNEY INFINITY game, and players using tablets may find themselves paired online with others using consoles. Toy box mode also adds the option of working together with others in order to create new environments and activities. One player can design a toy box world, or two players can work together to create one. The Disney corporation will showcase those it dubs the best toy box worlds on the list of those uploaded by users to be shared. 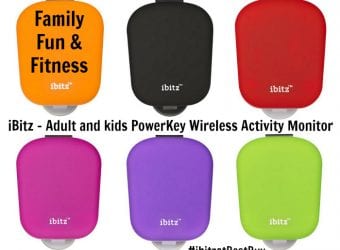 iBitz Wireless Activity Monitors are Perfect for Families The iBitz wireless activity monitors offer a way to encourage the entire family to exercise and remain active. The monitor is an activity tracker that is designed...

END_OF_DOCUMENT_TOKEN_TO_BE_REPLACED

To say that we are a tech family is a slight understatement. Every single person in my family has a bit of a tech obsession. We love gadgets and we especially love trying any...

END_OF_DOCUMENT_TOKEN_TO_BE_REPLACED 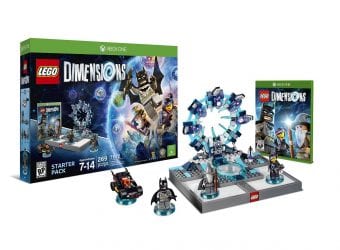 For years, my son has been a lover of all things LEGO. So are his sisters and so is his cousin. These four kids frequently get together to build things, talk about LEGO and...