The new ARM & HAMMER™ Tooth Tunes™ One Direction toothbrushes are about the coolest thing ever. We recently were sent one to try out and from the moment we opened the package, my kids were fighting over who was going to use it.

My youngest won over the others but that doesn’t mean we all didn’t play around with it at least a little.

From the makers of the #1 kids battery toothbrushes, ARM & HAMMER™ Tooth Tunes™ features one of a kind Music in Your Mouth™ technology. This proprietary technology streams sound vibrations from the bristles of the toothbrush through the teeth, allowing kids to hear the music while they brush.

The new ARM & HAMMER™ Tooth Tunes™ One Direction toothbrush is the only brush that plays One Direction. **in North America**

These two new ARM & HAMMER™ Tooth Tunes™ toothbrushes each feature a chart-topping single from One Direction:

“What Makes You Beautiful” performed by One Direction

“One Thing” performed by One Direction

The brushes have a suggested retail price of $9.99 and are available at mass, drug, and food retailers nationwide.

“All Day” performed by Cody Simpson

“If I Ruled the World” performed by Big Time Rush

“Round & Round” performed by Selena Gomez & The Scene

“We Will Rock You” performed by Queen

The tooth brush plays but when it is not touching your teeth, the song sounds a little tinny. But once you touch it to your teeth, it sounds really great.

My daughter really liked that she knew the song and she knew all of the words to it. She was very excited about brushing from about 10 minutes after she got it. Every single day she is excited to brush with it and if this what it takes for her to remember on her own, then any price is worth it to me.

Create an optional video of yourself or your kids brushing with One Direction ARM & HAMMER™ Tooth Tunes™ for your chance to be featured on ToothTunes.com! (A video is not required for entry.)

Visit ToothTunes.com, complete the registration form and click submit to be entered for your chance to win.

Winners will be chosen July 2013

BRUSH WITH TOOTH TUNES™, ROCK WITH ONE DIRECTION SWEEPSTAKES RULES:

The sweepstakes is open only to legal residents of the 50 United States and the District of Columbia, who are 13 years of age or older

GET SOCIAL WITH ARM & HAMMER

Next Post »Brewing A Better Day with Green Mountain Coffee

Excited to be a Part of Team Fridge & Frigidaire

The fabulous folks from Frigidaire and Mom Central have just made my life a little easier and are giving me a little more time to practice being divine. How? Well I have just been...

END_OF_DOCUMENT_TOKEN_TO_BE_REPLACED 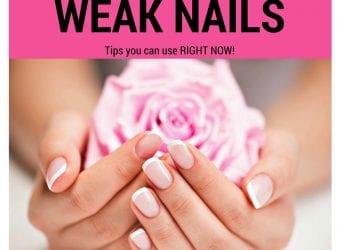 How to Fix Broken or Weak Nails

How to Fix Broken or Weak Nails If you are suffering from broken, weak, or fragile nails I am here to help you out. Our nails are made up of protein and keratin and...

END_OF_DOCUMENT_TOKEN_TO_BE_REPLACED

I am a Skype addict. I use it constantly throughout the day to keep in touch with family, friends and business contacts. I text chat, video chat and make phone calls all from my...

END_OF_DOCUMENT_TOKEN_TO_BE_REPLACED

Target Buy One, Give One Sale

Back-to-school is just around the corner for us. In fact, it is in less than three weeks. This means we are running around trying to get everything done and get all of the school...