Hay fever treatment – how to deal with sneezing season 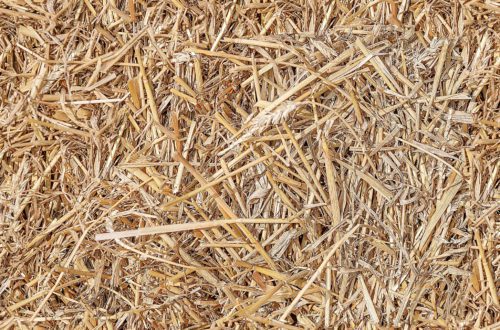 Hay fever treatment – how to deal with sneezing season

Around one in five Australians suffer from hay fever. Those who do may find spring and early summer particularly challenging, experiencing severe cold-like symptoms for weeks on end. But it’s good to know that many types of treatment are available today.

Hay fever is somewhat misnamed. Firstly, it’s not caused by hay, and secondly, it isn’t a fever. What is it, then? How do you get hay fever, and is it dangerous? And if you do have it, what’s the best way to avoid the effects in hay fever season?

Let’s take a look at this annoying but treatable condition.

What is hay fever?

The technical term for hay fever is allergic rhinitis. It’s essentially an allergic reaction that inflames the inside of the nose, resulting in symptoms similar to those of the common cold. Hay fever symptoms can be so bad they cause further problems like insomnia and trouble concentrating. This process happens when the sufferer’s body reacts to allergens floating in the air like pollen, so it isn’t surprising that hay fever is at its worst during pollen season, but it can afflict sufferers at any time of the year.

Hay fever has been known for a long time – the early Persian doctor al-Rāzī was recorded as mentioning it as long ago as the tenth century AD – but the part played by pollen was unknown until the 17th century. It’s thought that doctors then were under the impression that it was caused by exposure to the smell of hay, hence the name.

When foreign particles like pollen, mould spores, or dust are inhaled, the hay fever sufferer’s body reacts as if they were an infection, activating the immune system’s defences. Hay fever is an allergic reaction to an airborne substance. Your cold-like symptoms are no coincidence; your body has mistaken the allergens for an illness that it must fight.

The symptoms that appear most often with hay fever are similar to those you experience with the common cold, including:

One of the things that distinguishes hay fever from illnesses that share these symptoms is that hay fever can come on more or less instantly, while most illnesses take time to develop. This rapid onset is especially likely to occur outdoors. Another difference between hay fever symptoms and (for example) a cold is that while a cold will usually improve over a week or so, hay fever symptoms can hang around for days or weeks, depending on the pollen count.

It's a good idea to go to a doctor if you have cold-like symptoms for more than a few days, whether you have an illness or hay fever. They can advise you on the most effective medication or treatment.

Can hay fever be life-threatening?

It’s very rare for hay fever to be fatal. Hay fever seldom causes anaphylaxis, the most dangerous kind of allergic reaction. The most dangerous effect of hay fever is its potential to trigger or even cause asthma. One in nine Australians currently have asthma, and an asthma attack can indeed be fatal. It’s vital to see your doctor about hay fever if you have asthma or think you may.

A related danger is the possibility of thunderstorm asthma. This is caused by the combination of airborne pollen with thundery weather, which can, in turn, cause asthma attacks in a large group of people in the area affected by these weather conditions – even if they have never had asthma in the past. Thunderstorm asthma can be a particular risk for hay fever sufferers, so when a thunderstorm is expected, it may be best for them to seal up the house and stay home.

How long does hay fever last?

This depends on the person. Some sufferers may be lucky enough only to experience the condition for part of the year, a condition called seasonal hay fever. But others may have hay fever symptoms regardless of what month it is, depending on their sensitivity to the airborne particles floating around.

When is hay fever season in Australia?

For most countries, the biggest season for hay fever is spring, which in Australia goes from September to November. This time of year is the most active for grass pollen, which is among the worst triggers of hay fever.

It’s easy to find a daily pollen count on news reports or websites these days, making it easier for hay fever sufferers to manage their condition by planning their activities carefully and making sure they have their medication at hand on what look to be problem days.

A person experiencing severe hay fever-induced symptoms that resemble asthma should be treated as you would treat a serious asthma incident – by easing the person's breathing with an asthma reliever and, if necessary, calling 000 if things get any worse.

It’s good to know first aid when an incident like this happens, as it teaches how to recognise the signs of an asthma attack and how and when to use medication and reliever devices. If you know anyone who has asthma or hay fever, it may be a good idea to think about getting first aid training. It doesn’t take long, and courses range from basic first aid courses to specialised ones, like childcare first aid.

For people with more run-of-the-mill hay fever symptoms, there are a number of different treatments available, from natural (including just avoiding the triggers) to conventional (clinically-monitored immunotherapy).

This kind of treatment seems simple on the surface – avoiding what triggers your hay fever symptoms – but probably requires the most effort. It could involve staying indoors at certain times of the day or on days with a high pollen count, avoiding freshly-mown grass, keeping your car windows shut, and taking care with planning your holidays. You could also think about getting an air purifier to remove allergens from the air in your home.

This is simply washing out your nasal passages with salty water (saline). Nasal irrigation is natural and safe and can provide short-term relief for hay fever symptoms. It can be messy and awkward, though.

There are now a variety of over-the-counter medications for hay fever relief. Most of these come under the category of antihistamines, but there are also intranasal corticosteroids and decongestant sprays. Ask your doctor what the best option might be for you.

This is possibly the most rewarding option as it can result in a long-term reduction of symptoms, but it’s also the most complex, and shouldn’t be attempted without medical oversight. The process involves exposing the sufferer to increasingly high doses of the allergen that causes their hay fever symptoms, with the aim of making them resistant to their old triggers, potentially for years.

Can you cure hay fever permanently?

Unfortunately, there is no cure available for hay fever, only treatments. But there are, at least, a variety of treatment options. Ask your doctor about the most suitable treatment for you, whether that involves avoiding triggers or managing your symptoms.

You may also be comforted by the fact that hay fever can become less severe the older you get – about 50% of sufferers say that their symptoms get better after a few years, and between 10% and 20% state that their hay fever has completely disappeared. So while you look for the most effective treatment in the present, it could be that you won’t have to deal with hay fever at all in the future.

« Previous PostUpgrades to Carry Out On Your Front Door Before Winter

Wordless Wednesday – The Beekeeper with Linky

My cute little Tiger Scout took a field trip to see a local beekeeper today. Since I am deathly allergic to bees (and haven't bothered to get my epi pen prescription refilled in years),...

END_OF_DOCUMENT_TOKEN_TO_BE_REPLACED

Having Systems in Place

Systems for automation are in our lives in many different ways. Did you know that automation systems exist in pretty much every thing that we buy today? From the stores we shop in to...

END_OF_DOCUMENT_TOKEN_TO_BE_REPLACED

My friend Desiree seriously has more energy than anyone I know. She exhausts me sometimes just watching her. She is funny. She is kind. She is the life of any party. She organizes fabulous...

END_OF_DOCUMENT_TOKEN_TO_BE_REPLACED 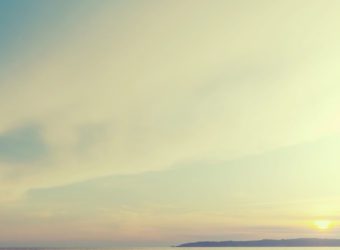 The Joy of Collecting Beautiful Things

The Joy of Collecting Beautiful Things Many people enjoy collecting things and trading them for other items that they might not own yet. The process of finding just the right item and the challenge...